Pruning plants, weeding and redistribution of my drip system sprinklers as the plants grow has my vegetables really producing healthy hearty produce.

Very nice going out in the morning collecting herbs like basil, chives and tomatoes to accentuate breakfast. Then later in the day squash, rosemary, beans, cucumbers or Swiss chard for my other meals.

Soon my peppers and eggplants will join the mix!

Later may make nice Bloody Mary with some garden fresh tomatoes and herbs or Mojto from some of my garden herbs. 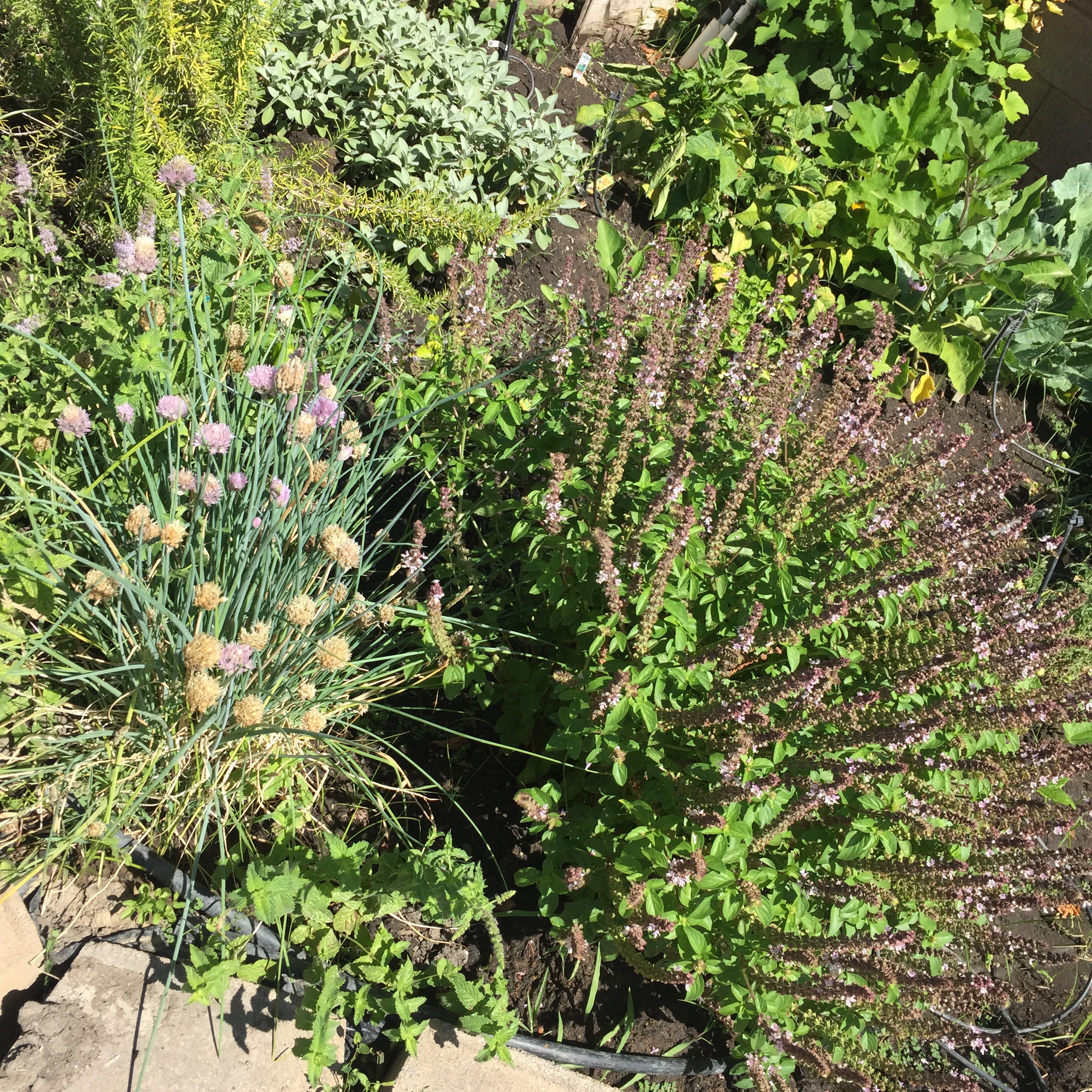 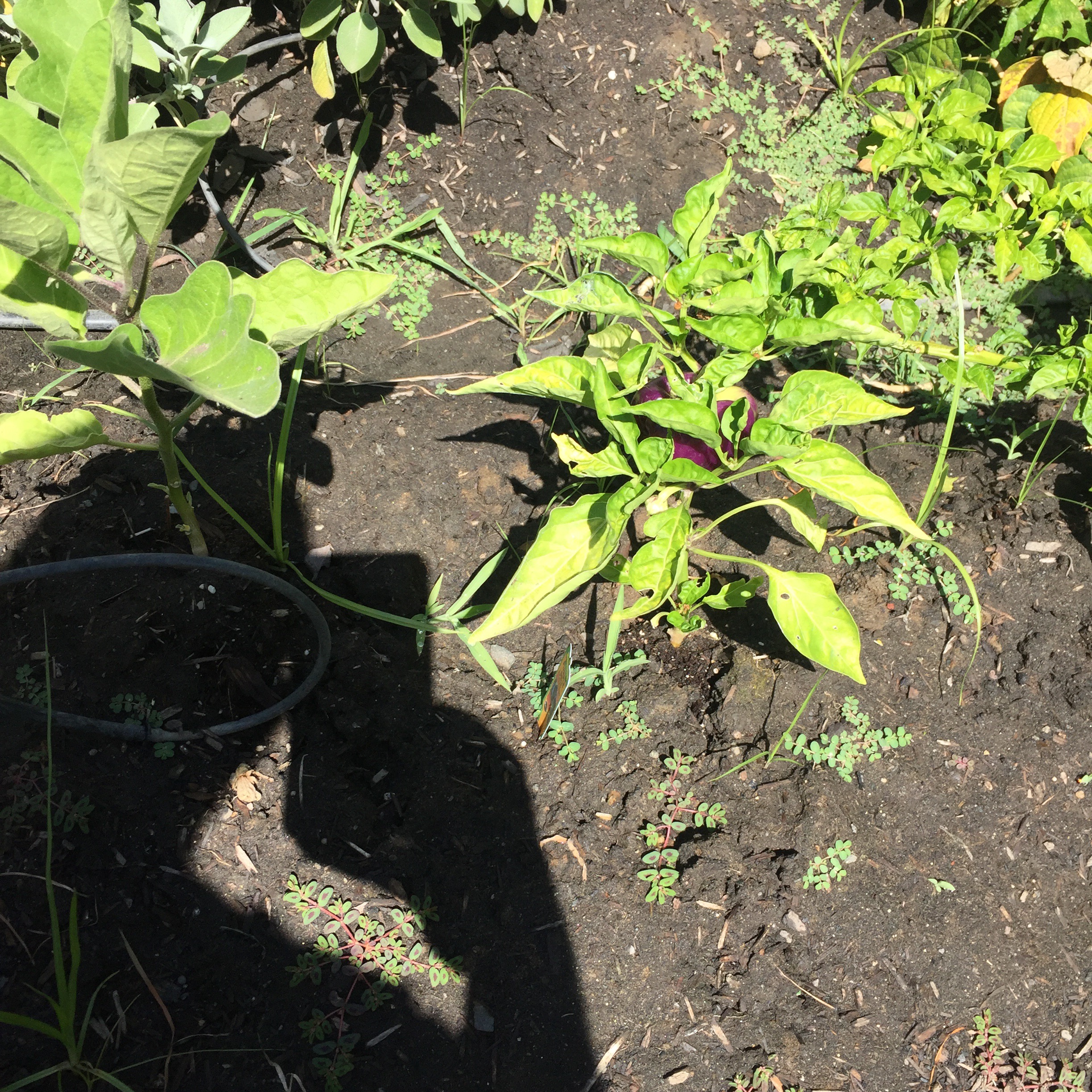 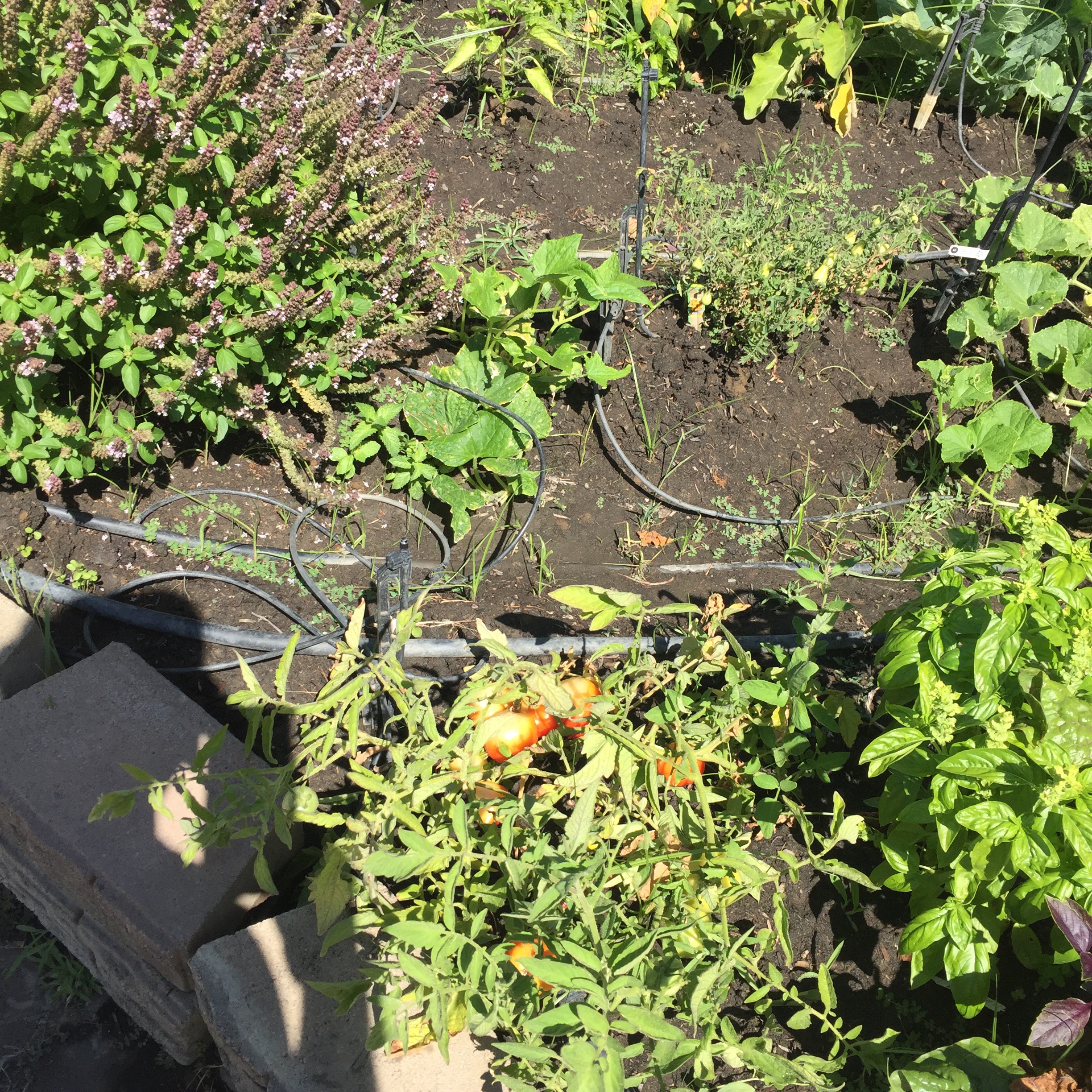 Early Girl Tomatoes and sweet basil with Thais basil to the left and purple basil sneaking in to the right, yellow pear tomatoes in the background 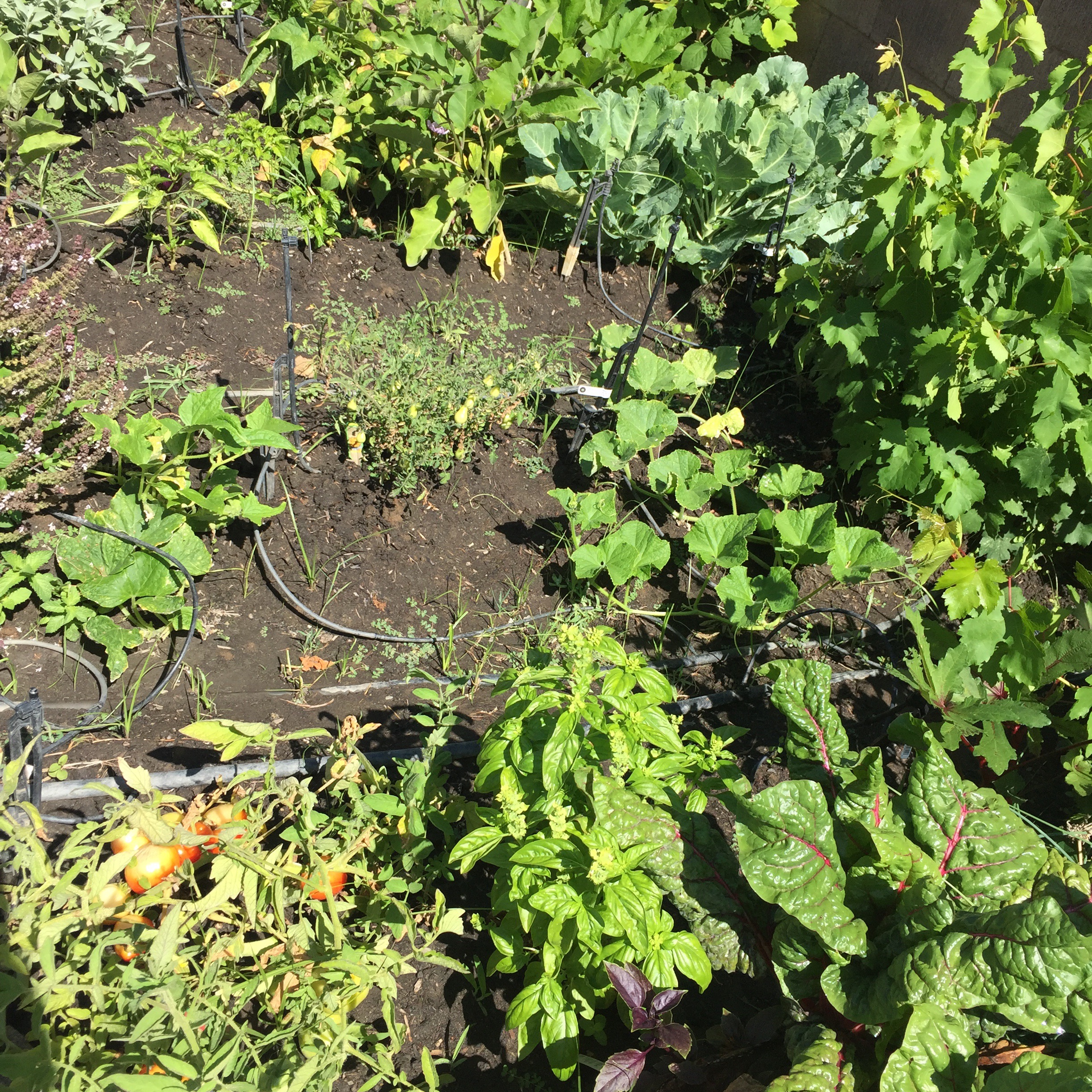 Collard greens in background, next to eggpants, with purple bell peppers and yellow pear tomatoes in middle, with cucumbers getting set to run, foreground has early girl tomatoes, sweet and purple basil, swiss chard and okra 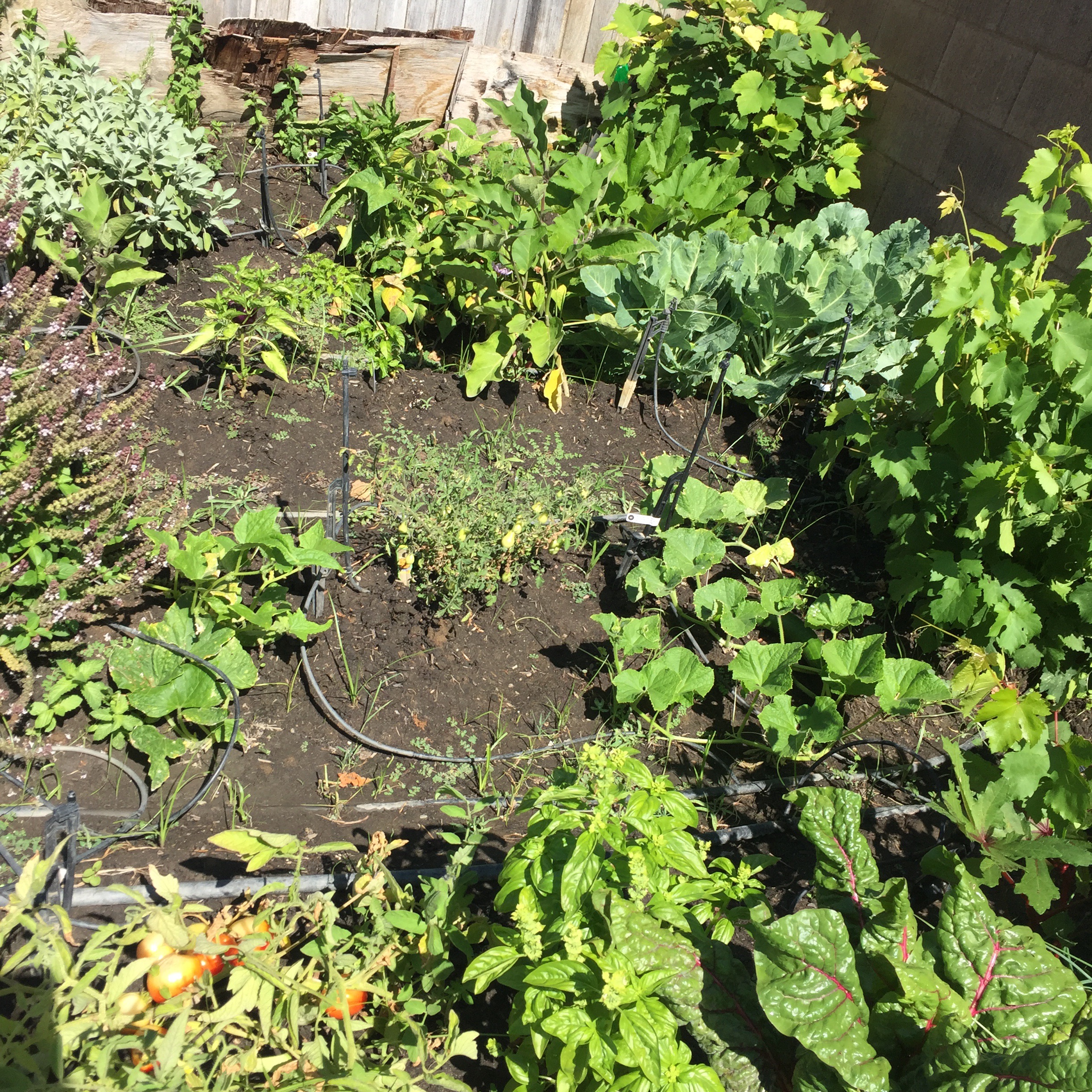 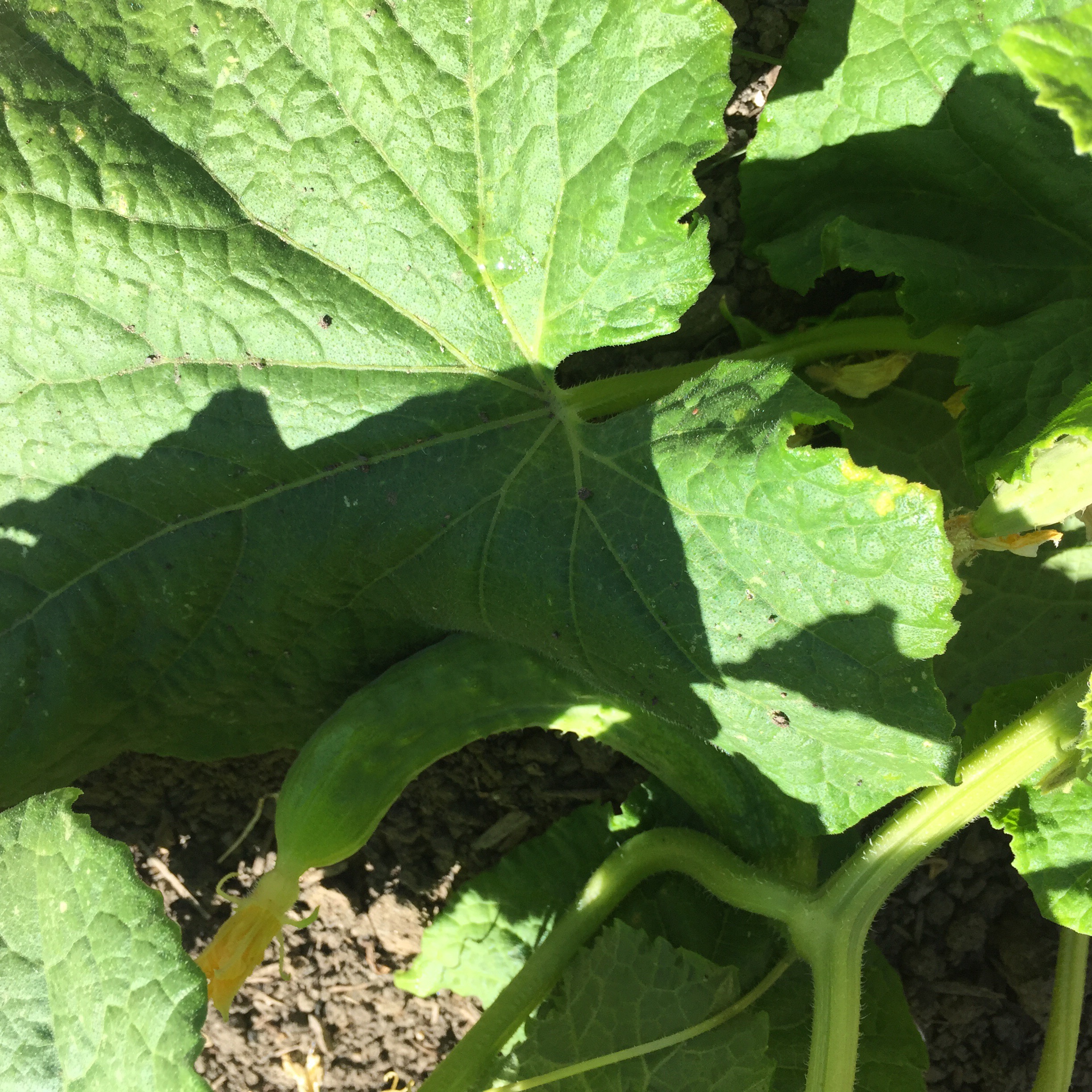 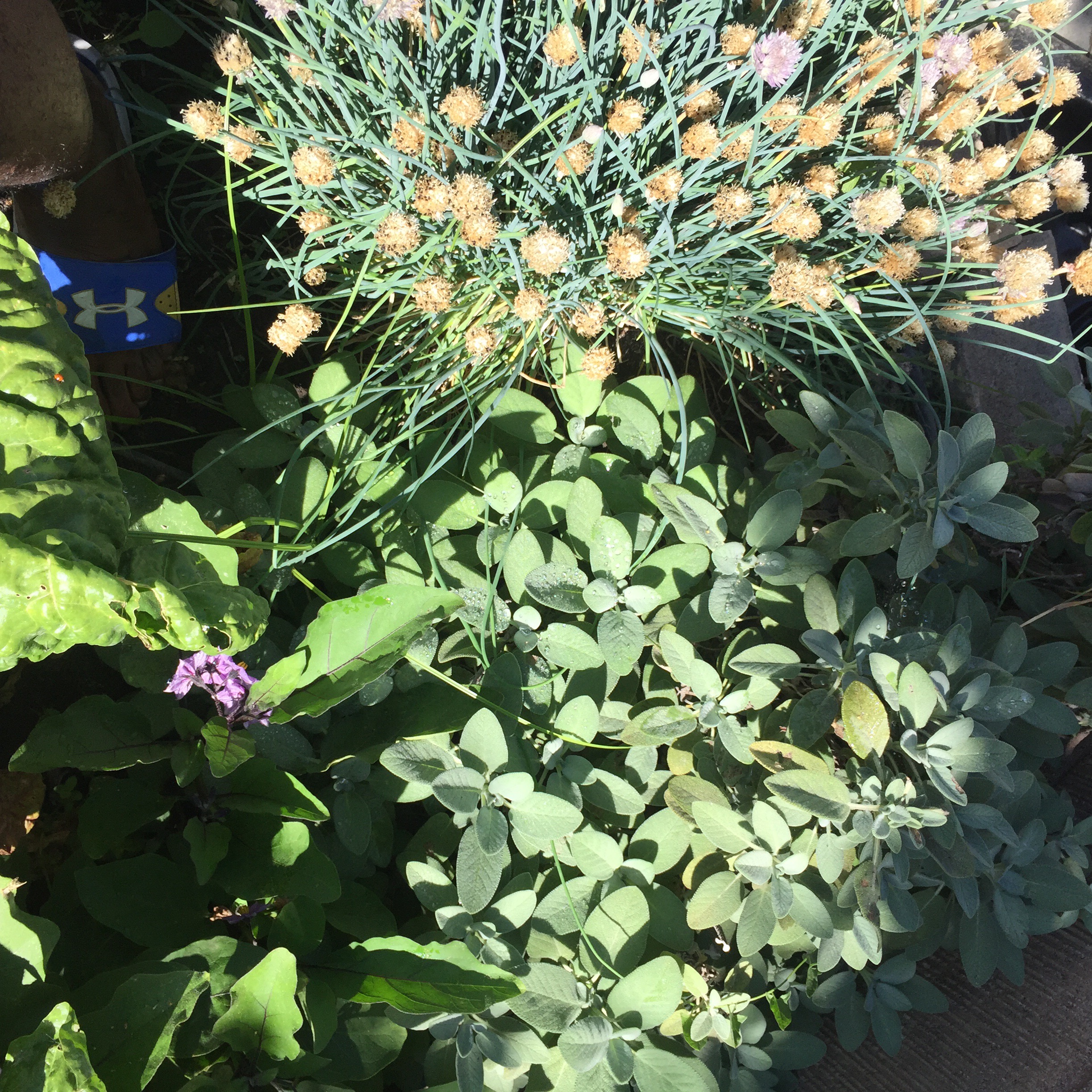 The other side of the garden with chives, sage, eggpnat 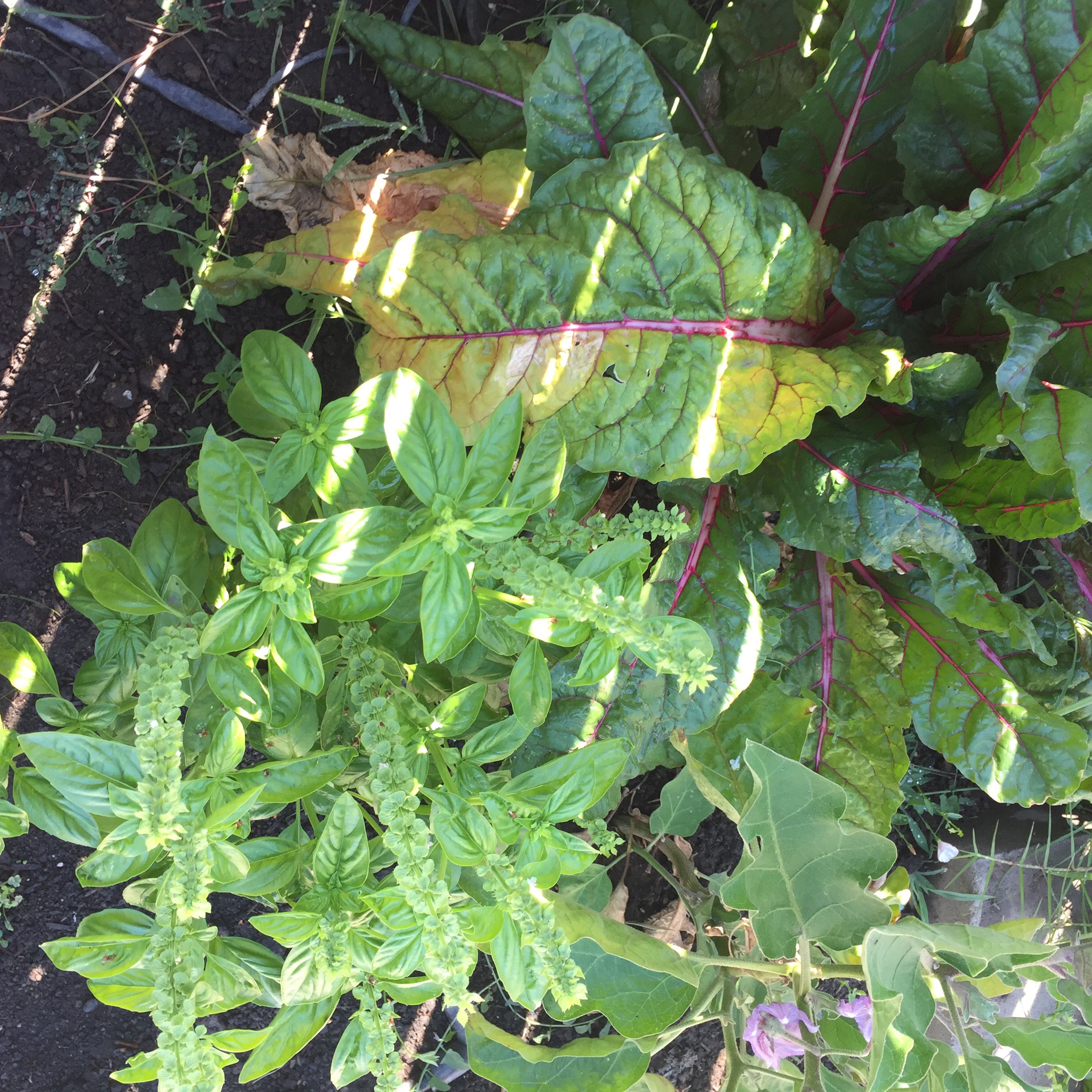 Swiss chard and basil and eggplant 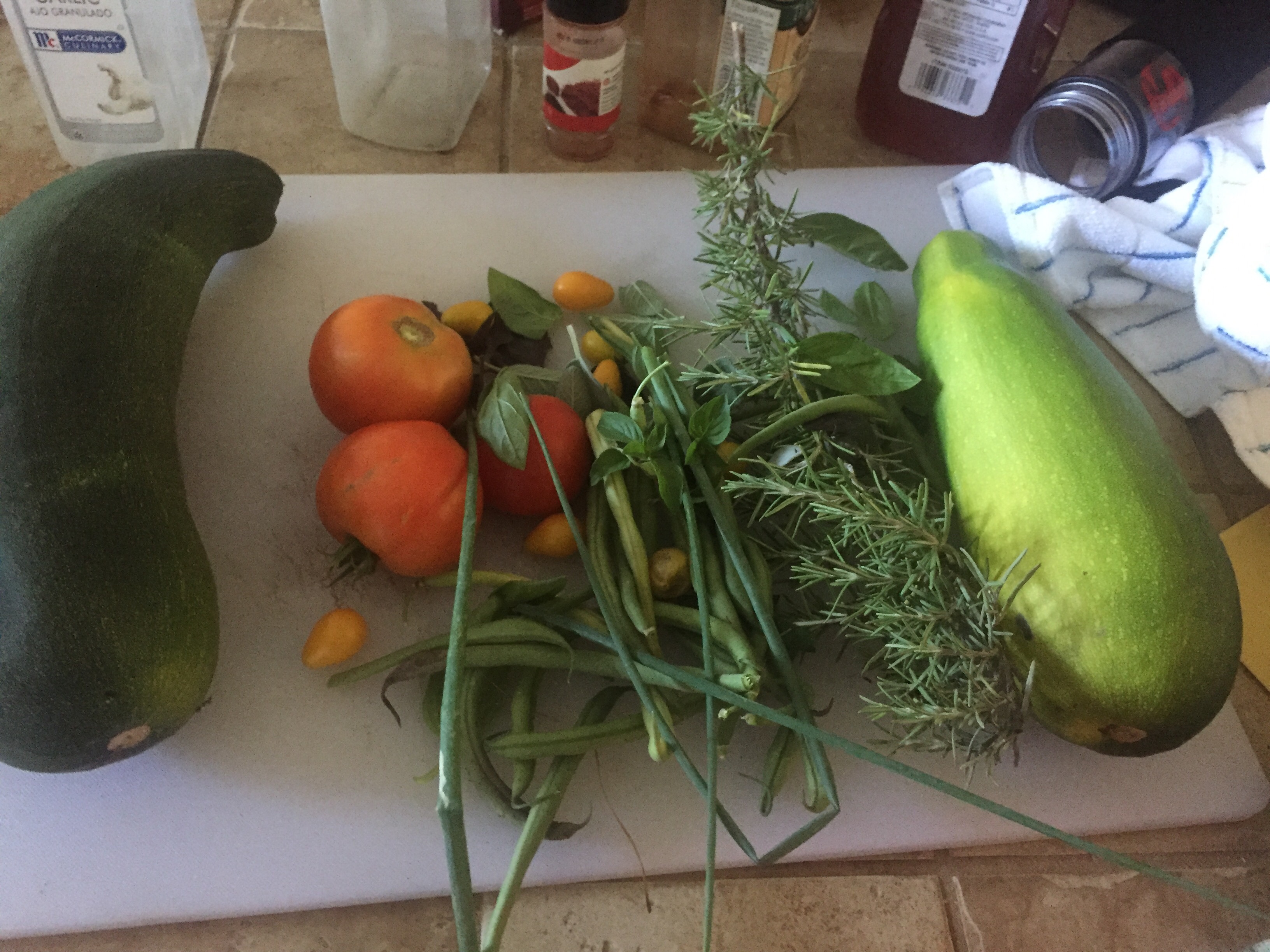 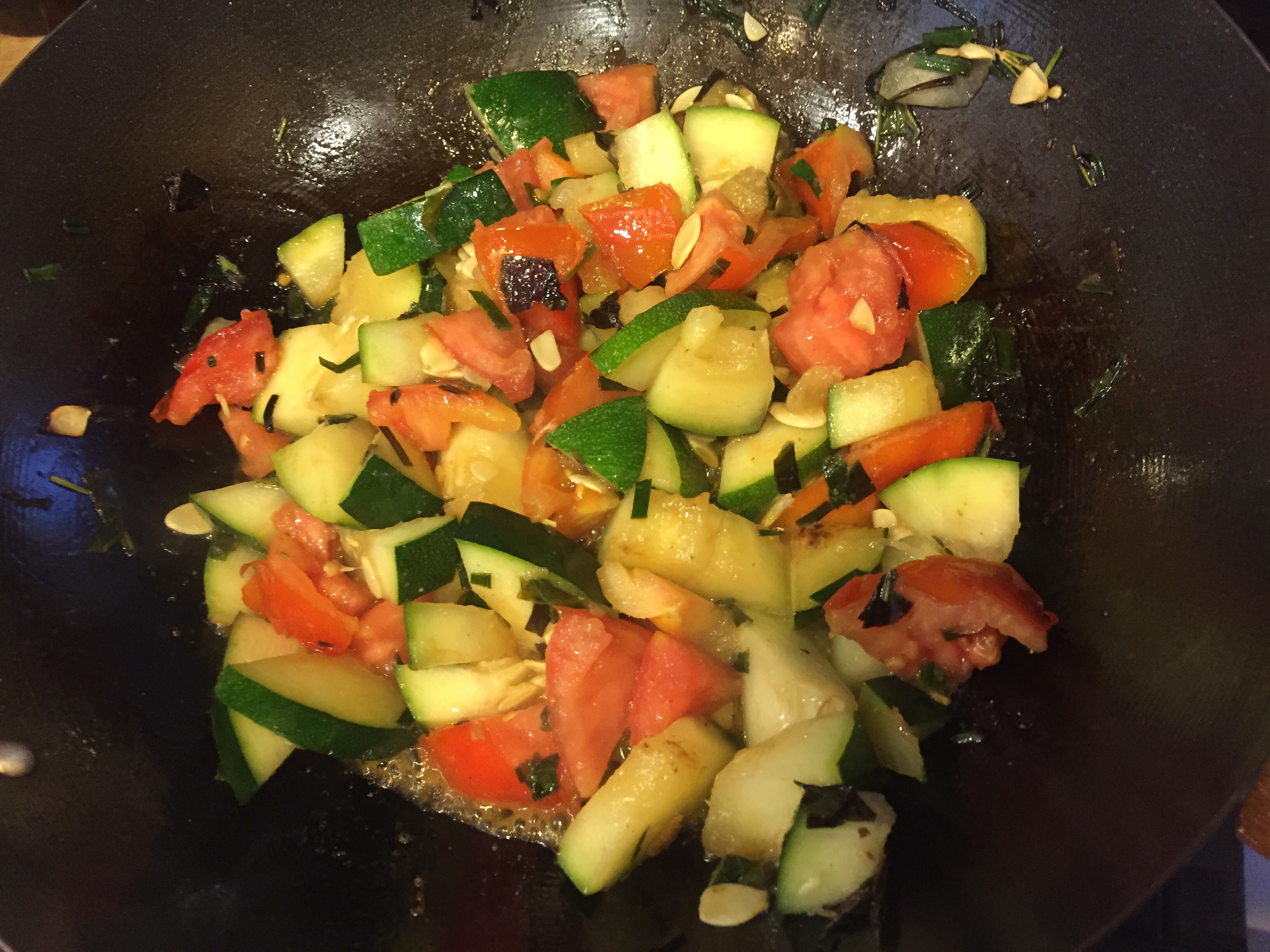 Part of the bounty being cooked in the wok 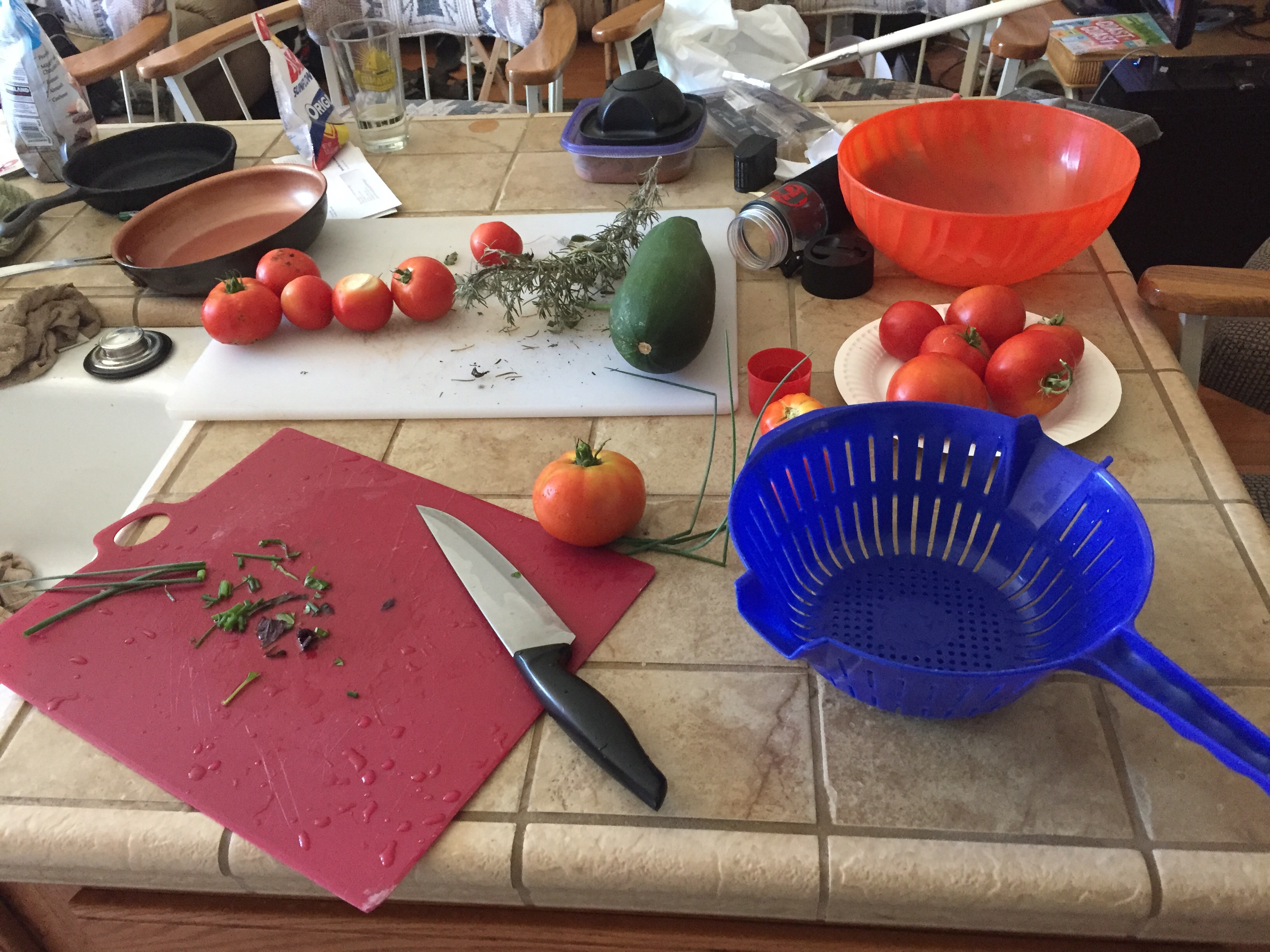 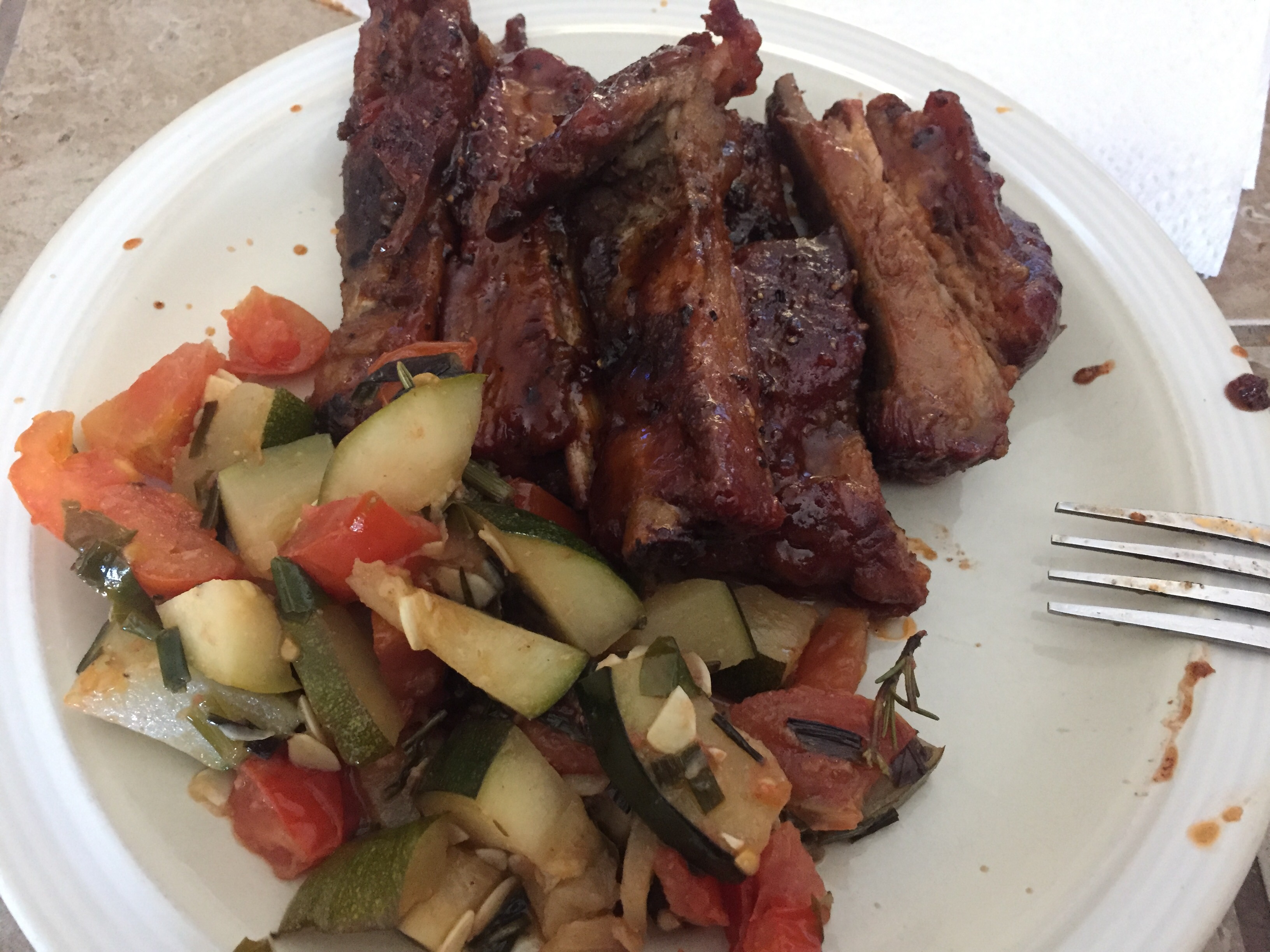 Recent dinner with my garden veggies and herbs 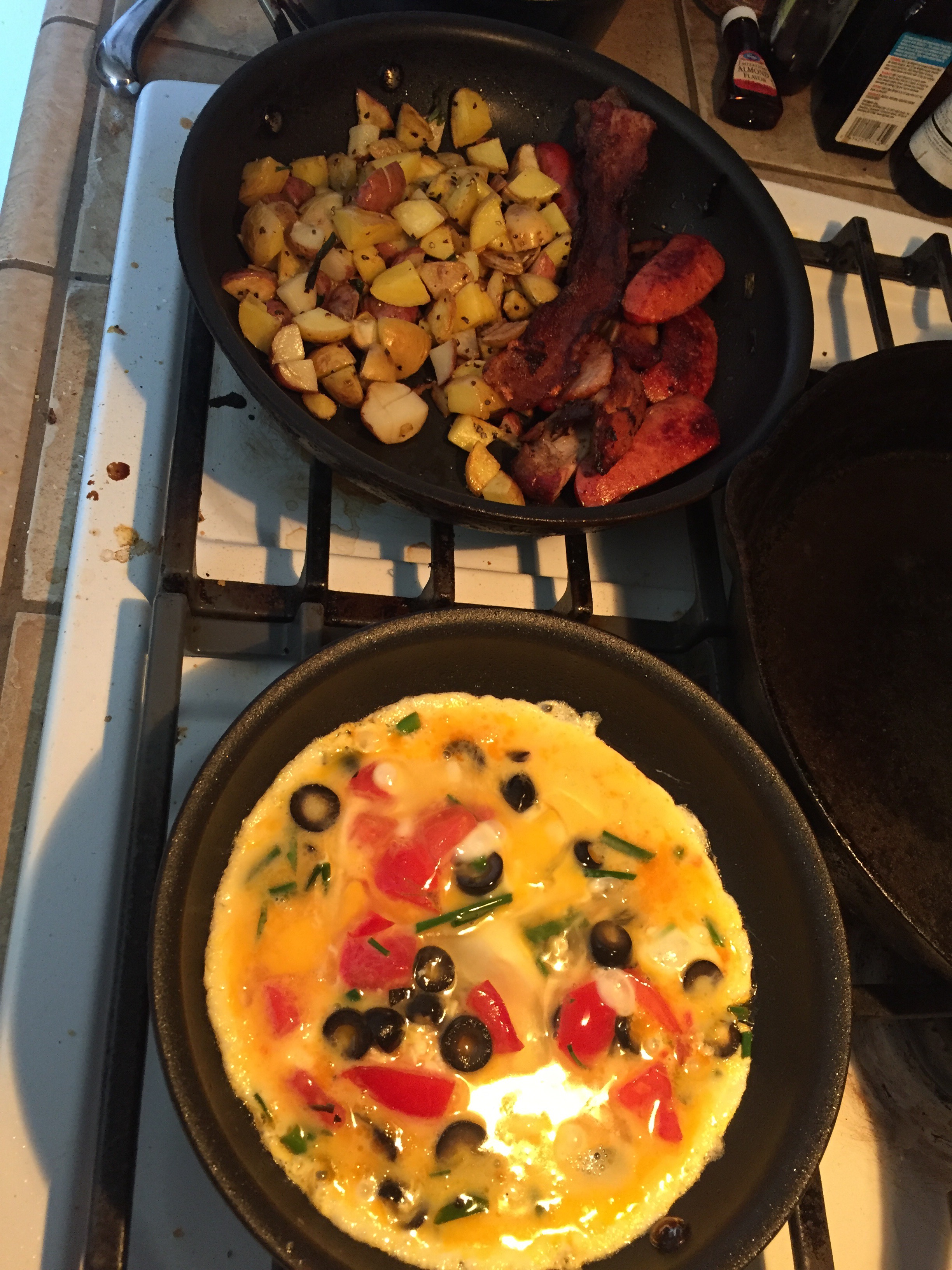