Yes for all you IT folks this is the original way to perform a “root cause analysis” in a real garden pulling out handfuls of real roots that are causing me grief! l started on the garden over the weekend pulling some weeds out of both sides of the garden. Monday I tinkered with the rototiller to get it running, cleaning the already hugely modified carburetor in really a very bizarre way, by pouring carburetor cleaner into the air hole for a spell and then turning it over to pour the cleaner out.  Tonight I took out some swiss chard, chives, and celery I will replant then rototilled the east side of my garden and picked out a couple of buckets of mostly mint roots!

These mints have been growing like crazy the past few years and so I went down a foot or more to go get as much of these roots as possible. I also took out the bricks from the front of my raised garden I built after piling the dirt up in the center of the garden to get the roots of the mint that were growing through and under the bricks! I’m sure I didn’t get all the roots and seeds but I really took a great deal out and the small roots left should be easier to pull out if they start up again.

This upcoming weekend the larger part of the garden will get the rototiller action and the mint roots pulled out though there’s less mint on that side and not as deeply rooted. Then its time to, make some rows, rerun the drip lines and plant my vegetables and seeds for the spring.

These are this years before pictures of my vegetable garden for 2016: 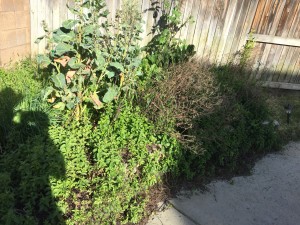 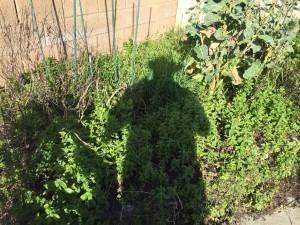 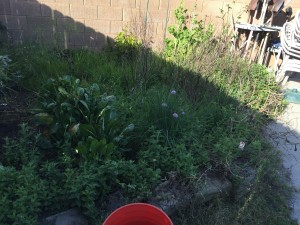 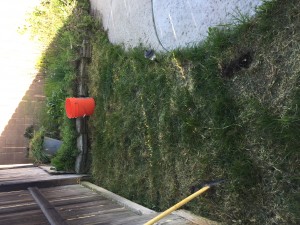 This is after my rototiller action on the east part of the veggie garden: 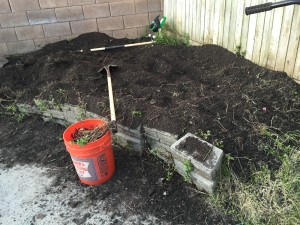 This is the hands and knees (note the blue knee pads)  rake and shovel action getting to the root of the problem: 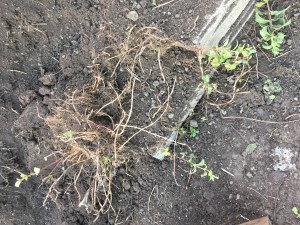 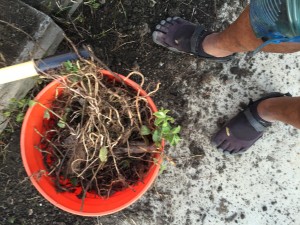 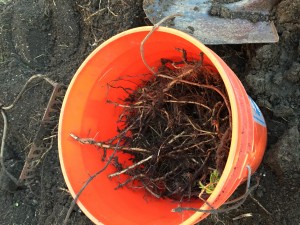 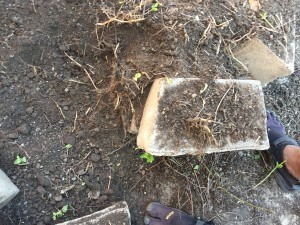 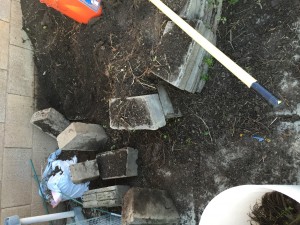